Snak the Ripper is at again dissing MADCHILD again.
Download this song for free!
https://therealsnaktheripper.bandcamp…
Directed & Edited by Snak The Ripper
Mixed & Mastered by Jamie Kuse
Produced by C-Lance

LYRICS:
I’m bout to euthanize this goof and I can show you solid proof that I, plan to leave him neutralized
All you fuckin do is lie, pass me my hammer and some nails, cause this little bitch about to get crucified
I cooked this fucker like ya grandmas roast, he took a whole day to think and dropped an Instagram post,
Your response time is slower than some cops in the hood, I’m serious next time I see you bitch I’m droppin you good
I’m not the type of dude that you should be Colliding with, you takin selfies with those puckered up vagina lips
You talkin shit, this is pay back homie, this is what it’s like to watch a fuckin plane crash slowly,
This is ain’t a battle, this is wee man verse he-man, what about your beat scam, don’t believe me ask C-Lance,
You think you fuckin with my crew, you Buggin dude, we put you in ICU and now I’m bout to pull the plug on you,
The little monster, is a pill poppin imposter, hit with bottles in the face on stage at his own concert
Ain’t fooling me, cause every thing you do is see thru, time to leave the microphone alone and stick to selling e-juice,
Should have never let the Beast loose, there ain’t no way to body me, you got a better chance of winning the fuckin lottery,
Cauterizing your artery, why did you even start with me, you know I’m fuckin mental, I’m killin your shit retardedly,
Your short as fuck, like half of me boy, plus you’re an old white guy playin with Japanese toys,
What ever happens you know snak’ll destroy, can tell I’m underneath your skin the way you actin annoyed,
It took him a week but at least he tryin, weak and blind without a decent line, in the fuckin jungle with a BC lion,
He’s trying to keep the peace I’m trying to increase the crime, brought the cloraphorm I’m fuckin putting you to sleep this time,
Yeah okay, you got a few fans that’s great, but you been rappin twenty two years, I been at it for eight,
And eight years from now, he’ll be a senior citizen, shittin his diapers in an old folks home wishin somebody would visit him,
You gotta stop holding on to the past Shane, your a moped with flat tires trying to roll in the fast lane,
Your teeth are mad ugly, they been rotten for years, Your boy got sick of photoshopping em and bought you veneers,
On those long cold nights, dope sick with a cough, you put peanut butter on your vag and Lola’s lickin it off,
Your new shit sucks, nobodies hyper to hear it, we all know you’re washed up and recycling lyrics
You’re not a goblin, all you are’s a fuckin dwarf, put your body in a duffle bag and huck it off the wharf,
It’s just a tweet, why you gotta over-react, listen you little bitch I’m just exposing the facts
You want to talk about my girl like you’re a tough little punk, Red One (Rascalz) fucked Fiona, you locked that slut in your trunk,
Then you went and tattooed her ugly face on your chest, you put GHB in bitches drinks, when they won’t stay to have sex,
I’m gonna grab you by your pimple head, and twist it around, fist fuck your mothers pussy till she piss on the ground,
She spinnin on the top of my dick like a propeller, she does what I tell her, when I’m done, she’s back in the cellar,
You ain’t punching shit, you’re old and frail, that was a lie what you said bout Moka O and Prevail,
How you like the screen shots? Stomp you till your spleen pops,
sayin that your clean stop, you a fuckin fiend dog,
It took you seven days to write the half ass shit, your not a legend or a rapper, you white trash has been
You been swimming in gas, I’m just the guy that lit it, we both drink and do drugs, at least I admit it, 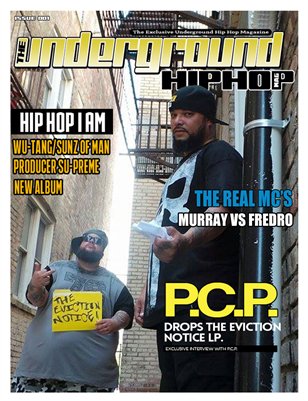