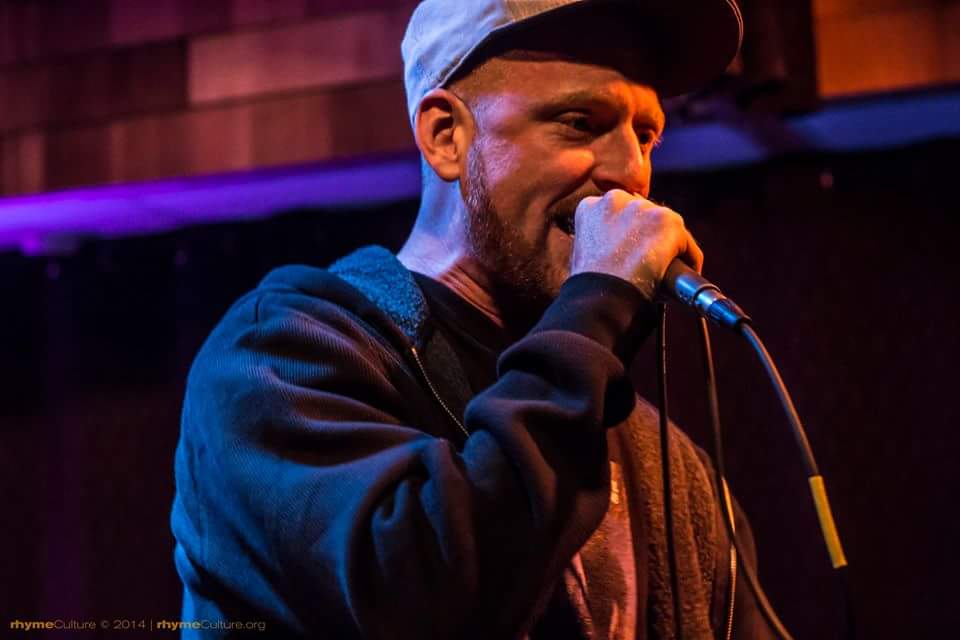 Order the CD Album at http://syklopz.com

[TUHH] Tell us about yourself. Name? Where are you from? What kind of music you create?Redd Rebel :peace I am Redd Rebel emcee artist from Darkstarz Records residing in Providence, Rhode Island. I make lyrical hip-hop as a solo artist and as a member United Soul Alliance.

[TUHH] How did you get started in music?

Redd Rebel :Actually been in music since I was a young kid in the early 90’s. Initially I was in punk rock and hardcore bands that toured the tri-state area, later on got involved with hip-hop but have always consistently spoken on the same issues (political, social commentaries, injustices,etc.)

[TUHH] How did the Hip Hop I Am album come about?

Redd Rebel :I was linked up to the album through Darkstarz Records and its leader Gee Dark for the possee cut THE ORDER.

[TUHH] What was the vision for your song on the ” HIP HOP I AM ” album? What was the title? Why did you choose that title?

Redd Rebel :It was THE ORDER the concept was basically just each emcee (4 of us) spazzing out lyrically for 8 bars over a dope Supreme soundscape.

[TUHH] What is your favorite part of creating music or performing?Redd Rebel :Just the freedom to create a story, vision or talk about a subject passionately. Same thing for the live performance, the ability to create a show from my songs and entertain a crowd.[TUHH] Where do you get your inspiration from?

Redd Rebel :Really everywhere, my kids, the news, life, stress and past experiences for sure.

[TUHH] What are some of the highlights from the past year for you? What ís in store for 2016?Redd Rebel :Highlights this year include releasing my group UNITED SOUL ALLIANCE’S sophomore LP “Afterbirth of a Nation”, a record I’m extremely proud of. Another is working and building with the artists on DSR and putting 4th solo album out for the label, DAWN OF THE APESHIT.[TUHH] If you had to pick your top 5 coolest things in the world what would they be? (can be music related or not)

4.getting new listeners
3.performing live
2.making bangers
1.being a father
[TUHH] Who is your favorite or most loyal fans?Redd Rebel: Really ranges now-a-days which I’m proud of,with the internet I have reached a much wider audience all over the world. Mostly I find other artists check for me and really a diverse group of international hip-hop heads.[TUHH] What is one thing you’ve learned during your career in music? Any advice for people starting out in the industry?

Redd Rebel :Main thing is to just keep grinding if you’re good at what you do, hone those skills and keep pushing forward.

[TUHH] Anything else we should know about you?

Redd Rebel :Along with my group United Soul Alliance and solo, you should be hearing much more from us, we have several projects in the works.

[TUHH] Where can your fans find you on the web? (social media/website links)