Check out “Gab Gotcha” New Single  “Thanos” Produced by The Department off  “The Opus Decade” album available at http://gabvelasquez.wix.com/handofthecrownmusic 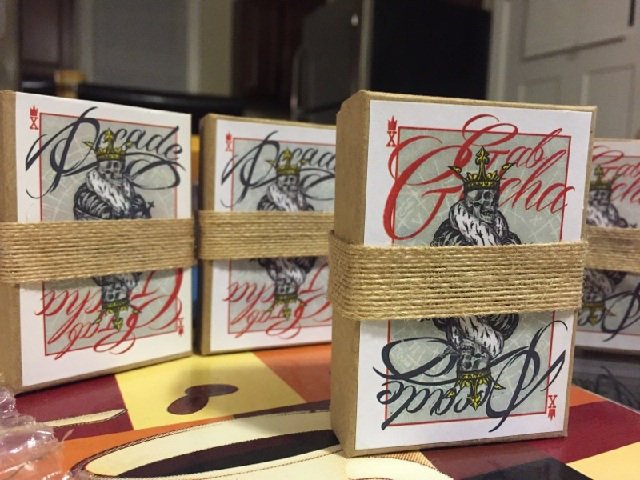 Gab Gotcha, was brought into this world on the Upper West side of Manhattan later to be relocated to Queens, New York at an early age. It was in the working class neighborhoods of Corona and Jackson Heights where Gab Gotcha cultivated his craft for MC’ing with a sheer ferocity characterized only by the tight flows, incomparable word play and brilliant concepts that’s molded him into the artist he is toy. Of course his road to destiny has been nothing short of a struggle. He’s endured many obstacles to get to this position, and to divulge the many details would be fruitless. What can be said however is that if you listen to his music you will know and understand that most if not all, is more of a testimonial journal than a collection of songs.
In the early part of his career, Gab Gotcha was part of a group of MC’s called “Triflicts”. Comprised of Gab, Creature and Buck Live, they inked a deal with the now defunct Island Records In 1992. Unfortunately soon after the first single dropped, the group disbanded. However it was not all in vein as the single called “Genuine”, produced by the Beatnuts, sold quite a few thousand records which sparked a huge underground buzz at the time.
After each went their separate ways, Gab found himself working with a number of established artists and producers. Gab Gotcha appeared on The Beatnuts “Street Level” and “Stone Crazy” albums. Dropping versus on “2-3 Break” and “Bless the M.I.C.” respectively. Gab also worked with V.I.C from the Groove Merchants and featured cuts from former X-Ecutioner, DJ Mista Sinista. He also appeared on numerous Mix Tapes from some of the biggest DJ’s coming out of Queens including Hot97 International Club King DJ Camilo. Eventually this barrage of work led Gab to his first solo project “Angles”, under Independent record label Hydra Records. This hypnotic track produced by Juju of the Beatnuts also selling over 9 thousand records , continued the ripple effect sparked by the first Triflicts single and countless album and mix tape appearances. It was clear to see that the ripples set forth in the water were sure signs of the Tsunami to come. Regrettably, the storm never hit land. In 1997 the life that Gab Gotcha led eventually caught up to him. He was incarcerated for a length of seven years forcing him to pay his dues and face trial by fire. Fast forward to the year 2008. Now stands among us a man more focused, mature and hungrier than ever. While years in captivity have allowed Gab to hone his already dominant rhyming skills, he’s been released as much more of an MC. He’s developed into a meticulous business minded individual through precious knowledge acquired during his incarceration. Still aligned with Les and Juju of the Beatnuts, Gab Gotcha has also been working endlessly with an array of talented producers the likes of Ghetto Grime Muzic, Doe’p Mann Muzic, Prince and Machavelli, Scram Jones, The Labor Dept, S’pply n D’mand, Soundbenders, JL Adio and many more to style music around the countless number of songs compiled during his long stay.
Ever evolving, Gab looks to Hip-Hop as a step towards a greater goal truly larger than bars and hooks, however not before planting an indisputable stake Through the heart of the entire movement. He has most recently appeared on the highly acclimated Koch release, Joell Ortiz: the Bodega Chronicles. He Laced 125 grams Part 4 and showed that he could stand with the up and coming elite. This man has walked through the flames of hell all the while keeping a smile on his face, laughing at the devil and nodding towards God’s gates. It’s a metaphor indicative of his past life. But he’s here now, smiling and nodding at you, it’s time LET HIM IN.